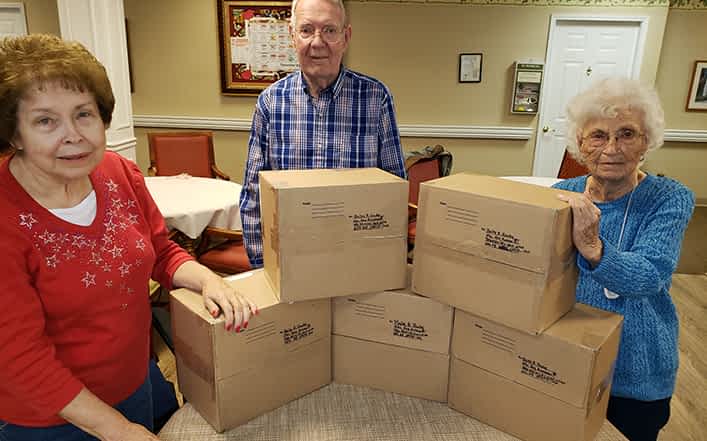 Morning Pointe of Columbia (TN) resident Harlan Karlson enjoys preparing care packages for members of the U.S. Air Force. In honor of the Air Force’s 72nd anniversary, several residents from the assisted living and Alzheimer’s memory care community helped pack snacks, nice socks, lip balm, and other goodies to send to the soldiers, which were shipped via the AnySoldier website. “A number of our residents are veterans themselves, and they are especially passionate about supporting our troops,” says Morning Pointe Lantern program coordinator McKensie Scott. “It is so rewarding to see them combine their passions with community service.”