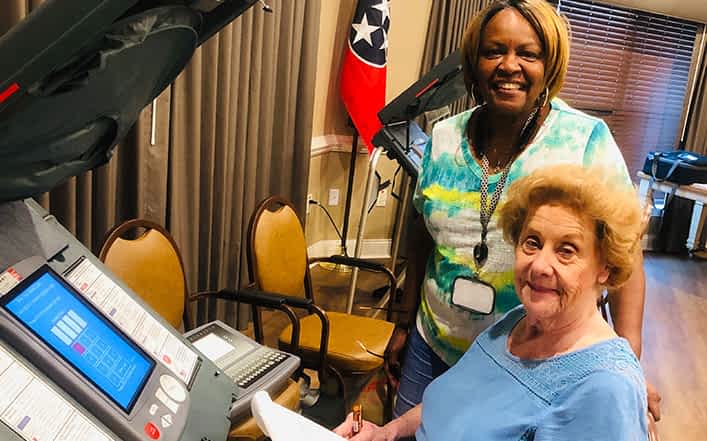 Morning Pointe of Knoxville (TN) resident Marsha Doppelt learns more about the voting process from Debra Agnew of the Knoxville election commission. Representatives from the election commission paid a visit to the assisted living and Alzheimer’s memory care community to allow residents to vote early in the city’s primary election, and those who were not registered to vote in the city election were given the opportunity to register for the general election. “Many of our residents read the local paper, watch the news, and keep up with what is going on in Knoxville. They were delighted they could vote and not have to worry about parking and the lines at voting centers,” says Morning Pointe life enrichment director Pat Anderson. “The election commission will be back at the end of October to assist residents with early voting for the national primary election.”