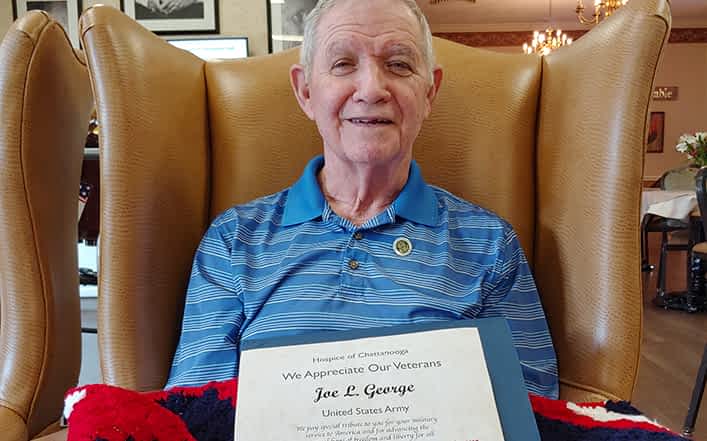 The Lantern at Morning Pointe Alzheimer’s Center of Excellence, Collegedale (TN) resident Jo George, a retired colonel in the United States Army, proudly displays the certificate and afghan he received as part of an awards ceremony presented by Hearth Hospice. In addition to the certificate and afghan, George also received a pin commemorating his more than thirty years of military service. “We are so proud of Jo, and so grateful to Hearth Hospice for reminding him that his service is still appreciated,” says Michele Gunther, the Lantern program director at the memory care community.