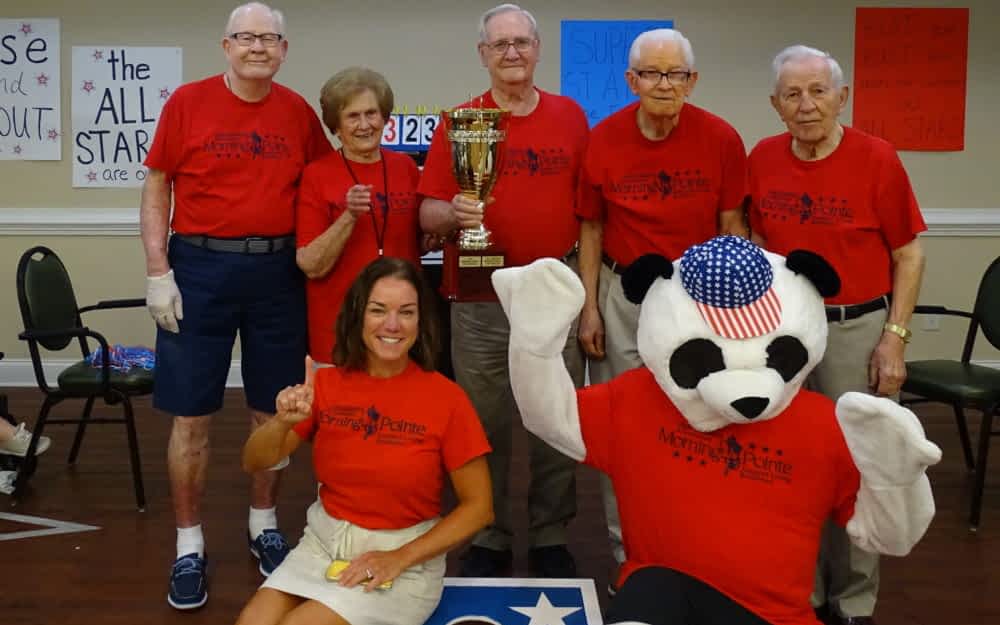 Competitors and spectators alike could feel the excitement buzzing in the air as the top four senior cornhole teams across the Tennessee Valley gathered for the championship match of Morning Pointe Senior Living’s third annual cornhole tournament. For the past several months, these teams have gone head-to-head every Monday, fighting to earn a spot in the final showdown. Previously, the competition was only open to residents at Morning Pointe assisted living and Alzheimer’s memory care communities in the Chattanooga area. However, the organizers of the tournament decided to expand its scope to include cornhole teams from other senior living communities in honor of the competition’s third year. Tensions were high as teams representing Ashwood Square Independent Living and The Lantern at Morning Pointe Alzheimer’s Center of Excellence, Chattanooga and two teams from Morning Pointe of Chattanooga faced each other in the championship match. Although all four teams played top-notch games, the Morning Pointe of Chattanooga All-Stars team emerged triumphant for the third year in a row.
“I don’t think anybody could have every predicted how popular cornhole has become with our residents and with senior living residents in general,” said Holly Holcomb, the life enrichment director at Morning Pointe of Chattanooga and the All-Stars’ number one cheerleader, “but it is so rewarding to see them come together in the name of sportsmanship, of staying active, of friendly competition, and of fun. The cornhole tournament has brought about a really positive change in our residents—and I think other senior living communities in the area are experiencing that as well.”
Click here to learn more!