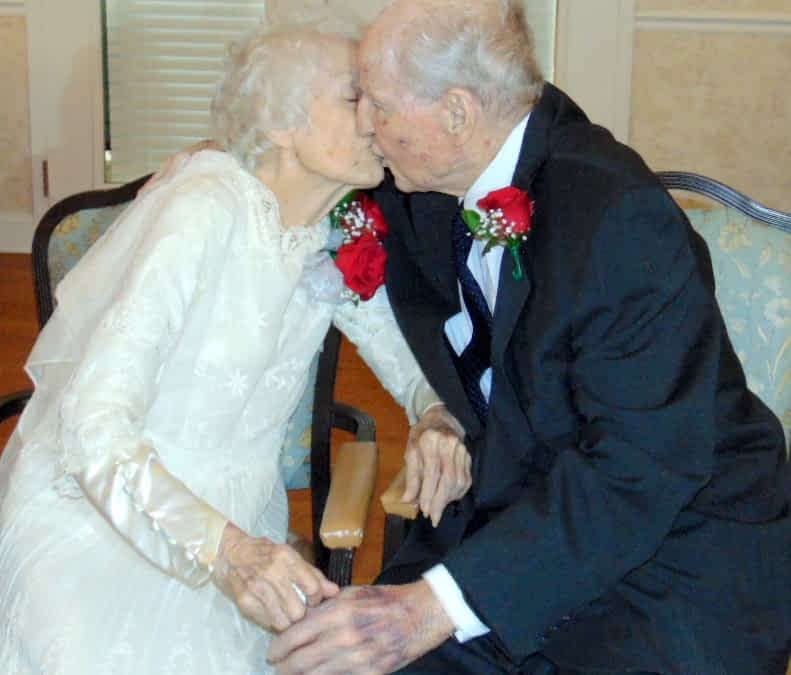 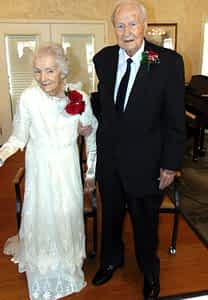 At The Lantern at Morning Pointe Alzheimer’s Center of Excellence, Collegedale, two residents rekindled the spark that led to their being married 78 years ago.

Herman and Jeanice Beeman Griffin, married on June 6, 1938, in Shreveport, LA, celebrated their 78th anniversary at The Lantern with friends, family and guests, mouthfuls of cake and many fond memories. Their son, Pastor Charles Griffin, officiated the anniversary celebration, and great niece Jaclynn Huse, Ph.D., professor of nursing at Southern Adventist University, sang a song she wrote for the special occasion.

Jeanice wore the very wedding gown she wore while walking down the aisle — made by her mother.

As part of the Meaningful Day™ programming, the memory care community celebrates the important milestones in residents’ lives.

The couple met at a church social, then had their first date on October 17, 1936. The Griffins have two sons, Charles and Glynn, seven grandchildren and 20 great-grandchildren.

Herman worked for the Kansas City Southern railroad in Kansas City, Missouri, for 38 years. He later entered the ministry and was pastor of churches in Texas, Louisiana and New Mexico. When he retired, he studied real estate and became a broker.

Jeanice worked as an accountant for many years and as director of campus services and student housing for Southwestern Adventist University in Keene, TX.

The couple have been residents of The Lantern since April 2016.

Photo: (left to right) The Lantern at Collegedale residents Jeanice and Herman Griffin, married on June 6, 1938, celebrated 78 years together. On their anniversary, Jeanice wore the very wedding gown she wore while walking down the aisle. The dress was made by her mother.