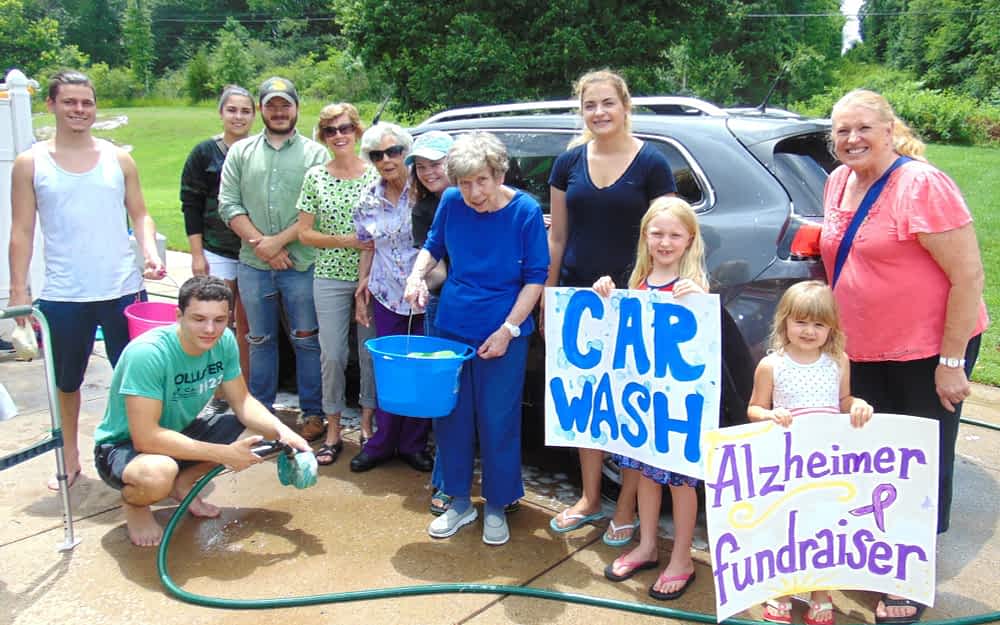 CHATTANOOGA, Tenn. — The residents, associates and volunteers at Morning Pointe of Chattanooga at Shallowford and The Lantern at Morning Pointe Alzheimer’s Center of Excellence, Collegedale, had loads of soapy, sudsy fun washing cars while raising money for the Alzheimer’s Association’s annual Longest Day fundraiser.

With their efforts combined, the assisted living and memory care communities raised more than $1,100, with proceeds going toward the 2017 Walk to End Alzheimer’s at the Tennessee RiverPark on September 9.

“My grandmother had Alzheimer’s so it means a lot to help,” says Gary Satin, pre-med student at Chattanooga State Community College, who volunteered at The Lantern at Morning Pointe of Collegedale.

Jackson Simmons, car wash customer, said his grandfather had Alzheimer’s, and once he saw the sign for the car wash on the street, he knew he wanted to show his support.

Morning Pointe Senior Living was named the 2016 Top Corporate Team for being the top fundraiser, raising $13,000 for the Alzheimer’s Association walk. The five Chattanooga-area assisted living and memory care communities look forward to many more fundraising events for this year’s event only a few short months away.

“We thank everyone who could stop by Morning Pointe to lend a hand or contribute to this worthy cause,” says Holly Holcomb, life enrichment director at Morning Pointe. “Everyone worked so hard, and it was a great success.”