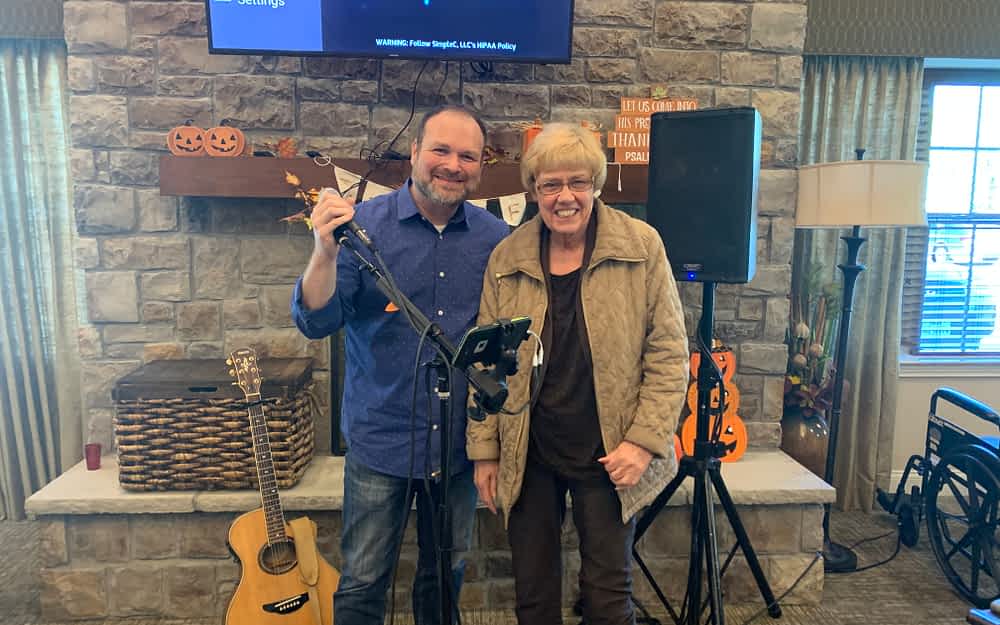 Local musician Joey Boone and The Lantern at Morning Pointe Alzheimer’s Center of Excellence, Franklin (TN) resident Paulette Cole stop to chat after Boone’s most recent performance at the memory care community. A musician from a young age, Boone released his first album at the age of 16, working with the legendary Jordanaires, who provided background vocals for Elvis Presley, among others, on the project. After moving to Nashville to further his musical career, Boone discovered a passion for connecting with seniors through music. “Joey wowed our Lantern residents with his personal take on some of their favorite tunes. He had the entire room tapping their toes and singing along to their old favorites,” says The Lantern executive director Ashley Briggs.