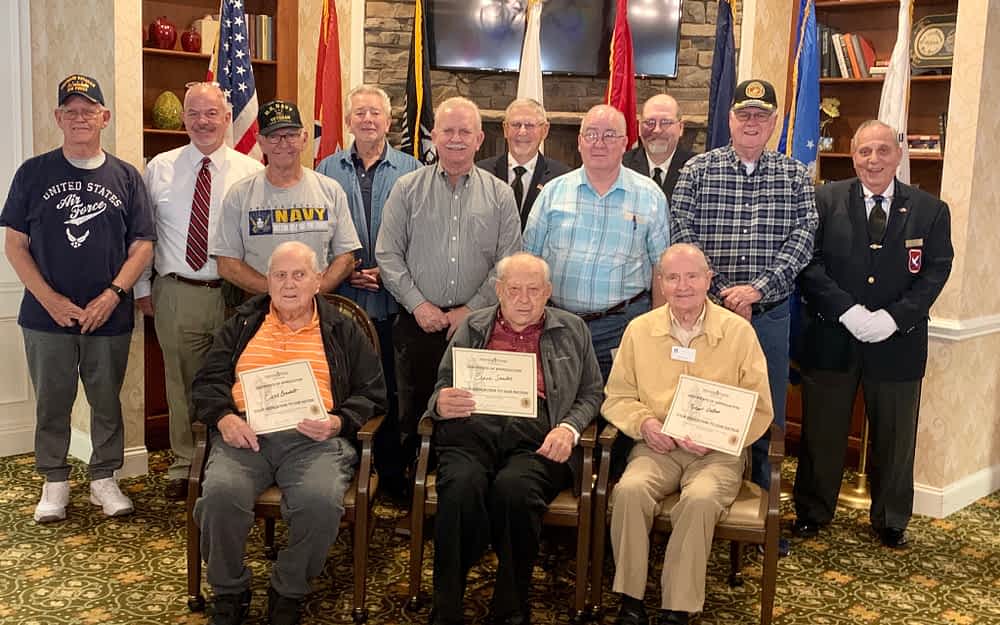 Chuck Terrell of the Loudon County Honor Guard presents Morning Pointe of Lenoir City (TN) resident and Navy veteran Robert Deboo with a certificate thanking Deboo for his service during both World War II and the Korean War. In honor of Veterans Day, the Loudon County Honor Guard visited the assisted living community to pay tribute to the community’s veterans and their families during a formal program that featured patriotic songs and the presenting of certificates. “We had such a good time showing our appreciation to our veterans,” says Morning Pointe life enrichment director Camie Entrekin.