The Walk to End Alzheimer’s 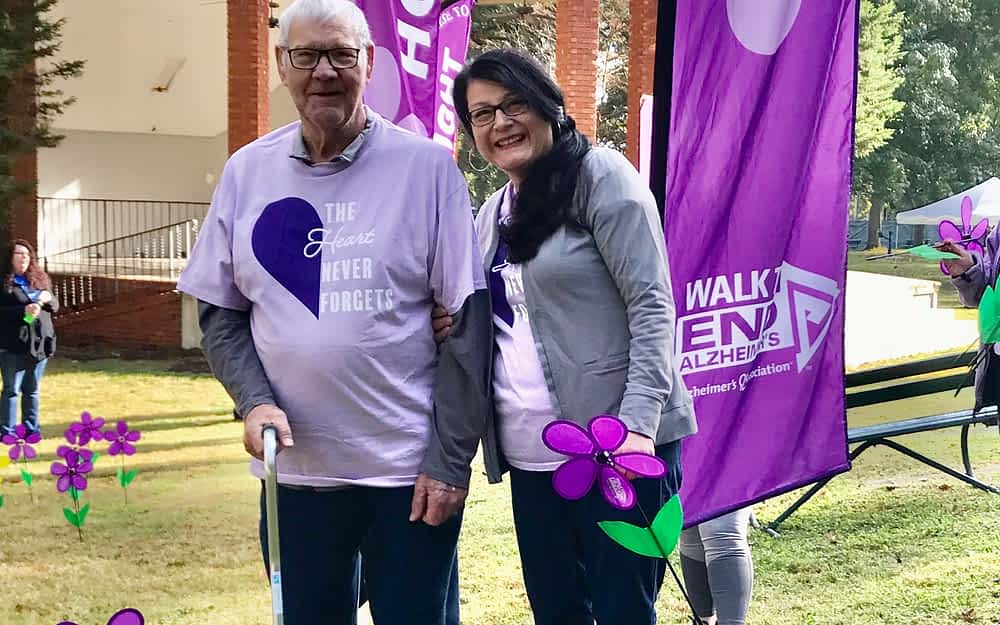 The Lantern at Morning Pointe Alzheimer’s Center of Excellence, Russell (KY) resident Sam Rayburn and receptionist CeCe Walker admire the flower garden set up in Ashland’s Central Park in honor of those affected by Alzheimer’s disease as part of the Alzheimer’s Association’s annual Walk to End Alzheimer’s. Residents, associates, and volunteers from the memory care community and its sister personal care community, Morning Pointe of Russell, participated in the walk, which was able to raise nearly $39,000 dollars for Alzheimer’s patient and caregiver support and cure research. “Clearly, supporting those affected by Alzheimer’s and research for a cure are causes that are very close to our hearts,” says Lantern program director Charlie Pack. “We are honored to have been able to raise funds and awareness for such important work.”