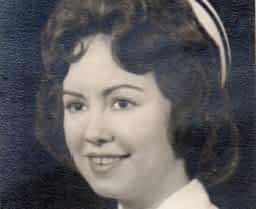 Diane Cornette was born in Greenville, KY on February 20th,1942. Her father Philip Cornette was a rural mailman. Her mother Mildred, besides being a homemaker and mother of four children, Gina, Candace, Philip and Diane, was also an elementary school teacher. The family made their home in Drakesboro KY a town of 700. Diane graduated from Drakesborro High and went to Murray State College to study nursing. She received her RN from Owensborro Davis Co. Hospital. Diane met Alan Goss while she was a student nurse at a psychiatric hospital and he was a social worker. After marriage and the birth of their two sons, Jeffrey Allan and Steven. Diane stopped working and stayed home for 16 years until the boys were in high school, then resumed a career Allen’s career evolved into a position as Hospital CEO in the Department of Veteran Affairs. The family lived in many locations throughout the USA; Alabama, Florida, Minnesota, Kentucky, Maryland, Virginia, Tennessee and Louisiana. Their house in Perry Point Maryland was interesting. It was built in 1750 and yes, George Washington slept there. It was a 9 bedroom house in which Diane is certain she saw an elderly man wearing Colonial garb who was a ghost! The couple entertained congressmen, senators, military personnel as well as the occasional movie star or celebrity, Chuck Norris and Charles Durning, to name a few. With the birth of their two granddaughters, the Goss family welcomed the first girls born into the family in 125 years. Their names are Asheigh and Issabella.