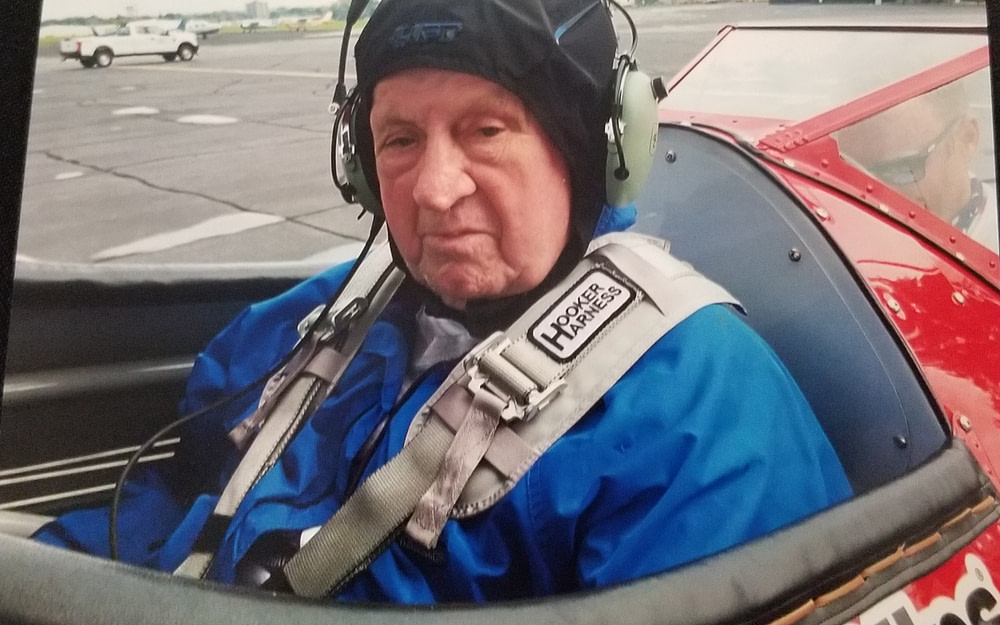 Frank Waters, a resident at Morning Pointe of Louisville and U.S. Army veteran, was recently honored with an opportunity to fly in a biplane with an organization called Dream Flight. Frank served in the 669th Field Artillery Battalion in Asiatic-Pacific Theater as a Gun Crewman for medium artillery 1944 to 1946, supervising the handling and storing of ammunition. He received the Asiatic-Pacific Campaign Medal, Good Conduct Medal, Victory Ribbon and two overseas Service Bars during his time in the military.

“This dream flight was something else I won’t forget. I really felt special and it sure did mean a lot to me. When I was in the air, I felt young again. I might be aging but up there it was like I hadn’t aged a bit,” said Frank Waters.

The idea to take Frank on a Dream Flight came from The Morning Pointe of Louisville’s Life Enrichment Director, Laura Carr. She contacted Dream Flight, a family business with Clint Cawley, to make sure they had trips open. She then called Frank’s family and they planned it from there.

The flight took off from Bowman Airfield and lasted nearly 45 minutes. Carr says she sent the Cawley a list of places to fly over that were important to Frank.

“I think it’s really important to honor all of our residents, but especially our veterans. We should always make sure they know that their sacrifice will never go unnoticed. It takes no effort to be kind. The best payment in the world I get from my residents is their smiles,” said Carr.

Carr says the Morning Pointe of Louisville community often hosts lunch to recognize their veteran residents. She says hearing Frank talk about his experience to this day makes her job worth it. The Dream Flight isn’t the only time Frank has relived his experience in World War II. He also took an Honor Flight to Washington, D.C. previously and saw the many service monuments and memorials.

“My dad is a true southern gentleman. He is kind and friendly and loves living at Morning Pointe. He has made so many friends there and considers it his home. I appreciate all that Carr and the rest of the staff do to make my dad feel important and loved. It means the world to our family, and him being at Morning Pointe gives us great comfort,” said Frank’s daughter, Lynn.